Rough Sea beside a Jetty 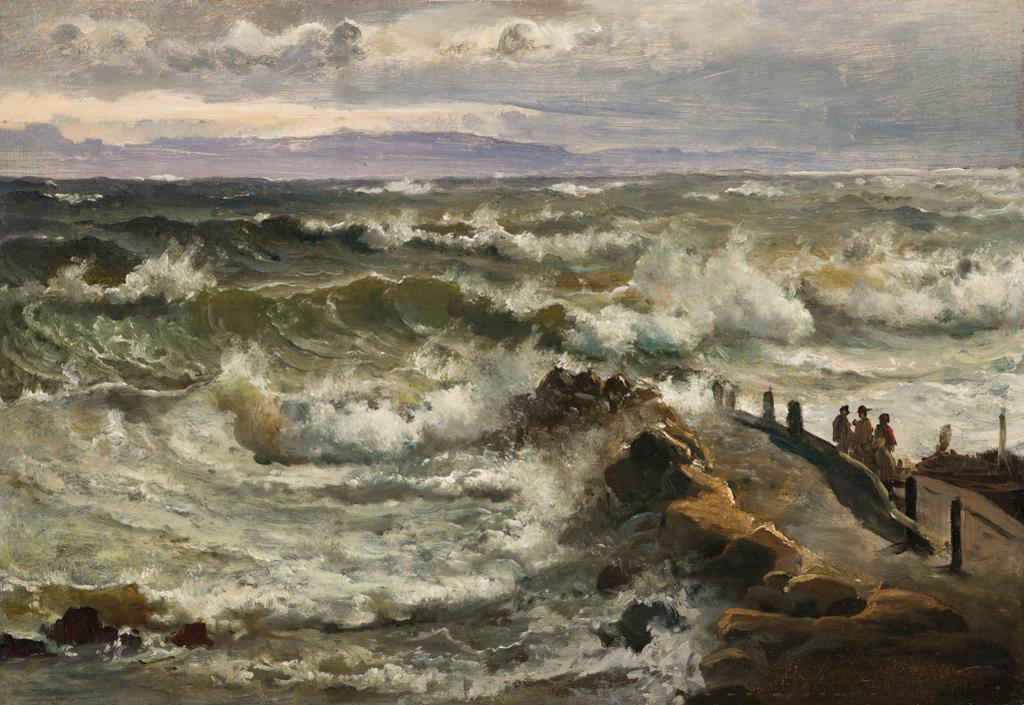 69: Rough Sea beside a Jetty

Sørensen trained at the Royal Danish Academy of Fine Arts, Copenhagen, from 1843 to 1846, following which he was granted permission to sail around the Mediterranean on a Danish frigate. Thereafter, he went on almost annual sea voyages, including accompanying King Christian IX to Iceland in 1874. This firsthand experience allowed him to create exceptionally realistic and evocative seascapes, for which he gained widespread popularity. 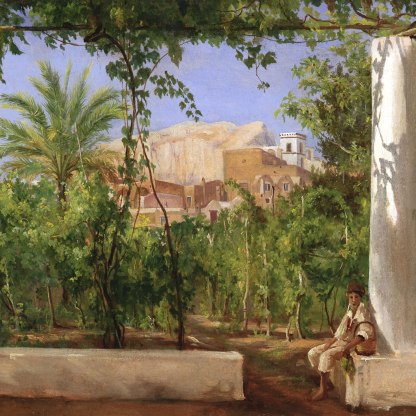 A Boy sitting under a Pergola, Capri 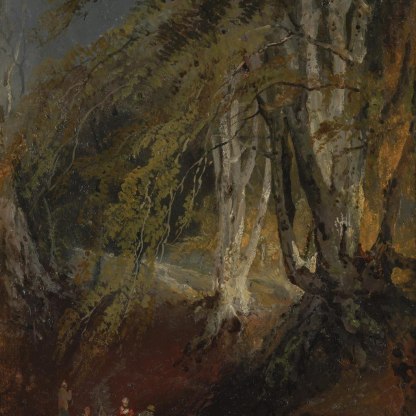 A Beech Wood with Gypsies round a Campfire 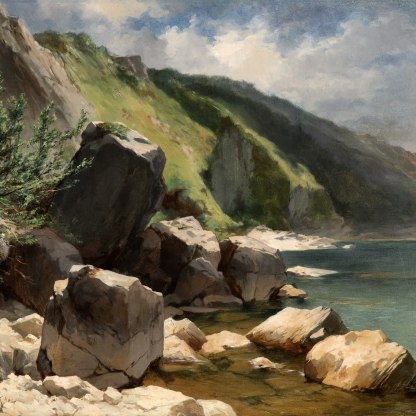 Boulders by a Lake