He loves life: in the morning he discusses pleasant things, mainly poetry; and he delights in hearing his Latin compositions set to music.
Venetian Ambassador Alvise Contarini, on Pope Urban VIII.

Maffeo Barberini reigned as Pope Urban VIII from 1623 until his death in 1644. We see him left on a medal struck by Gaspare Mola to celebrate the seventeenth year of his papacy. He was born into a wealthy Florentine family that had made its fortune from sheep-shearing. But he preferred to trace his ancestry back to the fourteenth-century poet Francesco da Barberino, and from a young age he cherished literary ambitions of his own. Editions of his verse – in Greek, Latin and Italian, on subjects both religious and secular – began appearing from 1620. There is a 1634 edition of his Poemata, printed in Antwerp, in the Fitzwilliam library.

A great patron of opera and music, Urban VIII's most obvious legacy is, however, architectural and artistic. It was he who nurtured the talents of the young Gianlorenzo Bernini, the outstanding artistic figure in Rome at the time. In 1629 Urban appointed Bernini as chief architect in St Peter’s, the great cathedral upon which Michelangelo had worked. The young artist supervised its adornment with many sculptures, and designed a tomb for Urban VIII himself.

Bernini also completed the enlargement of Urban’s Roman residence, the Palazzo Barberini; a project that had been begun by Maderno, the architect of Castel Gandolfo. The Palazzo now houses an important art collection.

Barberini pursued an energetic building programme throughout Rome. Indeed contemporaries complained of gross extravagance, counting 10,000 duplications of his family's coat of arms, with its distinctive three-bee motif, around Rome and the Papal States. The example on the left is from the façade of the Palazzo Barberini.

From his own poetry and the art that he commissioned, it is apparent that Urban VIII was a nature lover. But this love was not unconditional: one summer, he had all the birds in the papal gardens in Rome slaughtered because the noise they made distracted him from his work. He was, it is said, given to fits of melancholy and violent temper.

Yet it was wholly appropriate that Pope Urban VIII, whose personal emblem showed the sun in splendour, should have employed Claude Lorrain, perhaps the greatest artist ever to have captured the effects of sunlight, to commemorate the completion of his summer residence. 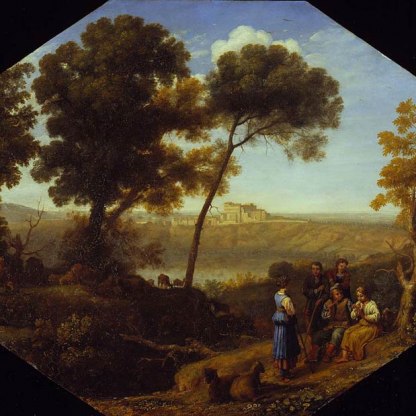 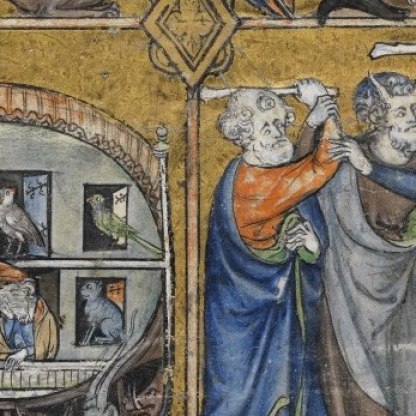 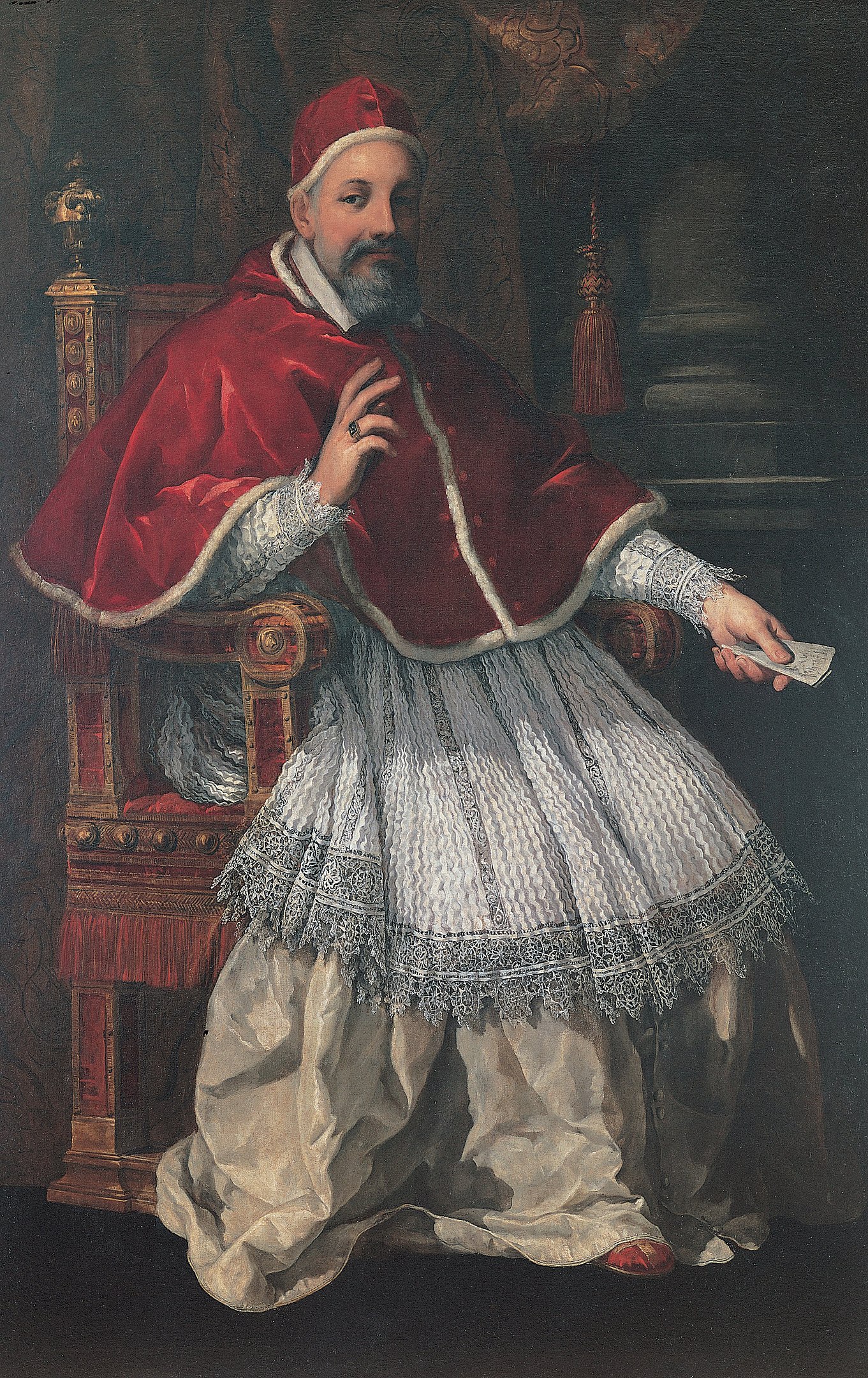