Greville Chester (1830–92) was ordained and, like many clergymen, had great interest in many scholarly areas from natural history to archaeology, including Egyptology. Almost every winter he would travel abroad, and Egypt was a favourite destination. It was here that he made friends with the influential excavator Sir Flinders Petrie, whom he first met in 1881, on what Greville Chester noted was his 38th visit to Egypt.

Although Greville Chester wrote numerous archaeological articles, it was his role as a collector for which he is mainly remembered: he had a great knowledge of Egyptian antiquities and how to spot a good bargain. He was one of the most active helpers in purchasing objects abroad for the British Museum and several other institutions, including the Fitzwilliam, which received 175 scarabs in 1886 and just over 280 other small antiquities in 1891. The mummified late-Roman cat in case 18, gallery 19, and the painted Predynastic pot in case 24, gallery 19, are examples of some of the objects he presented to the museum.

Not only did his work furnish museums with many hundreds of artefacts, but, more importantly, Greville Chester took the time to record the provenance of many items, an activity that few were doing in this period before the advent of serious excavation. Petrie admired such careful attention to detail, and he made a special shelf of books as a memorial to him in the Edwards Library at University College London.

A fragment of papyrus 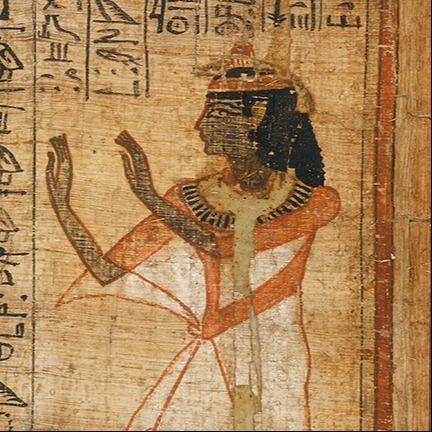