In the nineteenth and early twentieth centuries there were no government grants available to cover the expenses of conducting a full and proper archaeological excavation. It was therefore necessary for excavators to seek private sponsorship, which was often organised through formal societies. Individuals and institutions, such as museums, would subscribe to these societies and in return for their support they had the opportunity to request artefacts found during the course of the sponsored projects. The Fitzwilliam Museum subscribed to the Egyptian Exploration Fund (EEF), the Egyptian Research Account (ERA) and the British School of Archaeology in Egypt (BSAE) which all became active either in the late nineteenth century or early twentieth century. It was through these channels that many important artefacts came into the Egyptology collection at the Fitzwilliam Museum.

These objects were made all the more valuable by the fact that the provenance of the pieces was recorded unlike many objects that had come from private collectors via dealers. For example, most of the 18th Dynasty objects in case 21a (E.1-2.1921 & E.20-38.1921) come from the excavations at Sedment, and we know that all of these artefacts come from the same context, tomb 1723 of an Egyptian lady. The record of this discovery, made between 1920 and 1921, is now held in the Petrie Museum of Egyptian Archaeology, London and notes many of the details of the full find.

The EEF was established in 1882 in order to raise revenue to sponsor excavations in the Delta region of Egypt. The organisation's conception was due, in large measure, to the efforts of English author Amelia Edwards. She had been so impressed by what saw as she travelled through Egypt for the first time during the winter of 1873-1874 that she subsequently devoted all her time to Egyptology. The fund was able to support some of the first excavations of the young William Flinders Petrie in 1883, whose tireless efforts brought the EEF considerable recognition as an important archaeological organisation.

The fund continued to support numerous important excavations at Deir el Bahri including the temple of Hatshepsut, the Greek city of Naukratis, Oxyrhynchus where numerous important Greek papyri were found, and the important ancient Egyptian cult centre of Abydos. Many of the objects from these excavations are on display in the Fitzwilliam Museum. After the war the fund changed its name to the Egypt Exploration Society (EES), complete with members and an annual journal. In this format the society has continued to the present day as a leading organisation that exists in order to "explore, survey, and excavate at ancient sites in Egypt and Sudan, and to publish the results of this work". For more information on the activities of the EES and its history see the EES website.

The ERA was founded in 1894 by Sir William Flinders Petrie in the wake of disagreements with the EEF. By the will of Amelia Edwards in 1893 a new chair in Egyptology had been established - the Edwards Professor - at University College London and Petrie was the first to take up the post. At his inaugural lecture he appealed for funds to take students with him to Egypt, an request that was successful and the Research Account was established.

In the course of its existence it supported the work of numerous excavations including the work of Quibell and Green at Hierakonpolis where they uncovered the remarkable 'Main Temple Deposit'. Other important pieces received from the ERA include the limestone stela of Amenemhat Nebuy and his family (E.207.1900), now on display in case 22, which was found in tomb E.295 at Abydos.

The ERA was expanded in 1905 to support the work of another Petrie initiated organisation that was named the British School of Archaeology in Egypt.

From 1905 the ERA supported a new institution founded by Petrie; the British School of Archaeology in Egypt. The Fitzwilliam Museum holds numerous objects that were recovered from BSAE excavations including those at Abydos, Tarkhan, Hawara, Gerzeh, Sedment, Matmar and Mostegedda.

Following the Second World War it proved difficult to sustain the organisation financially and it formally ceased to exist in 1954. 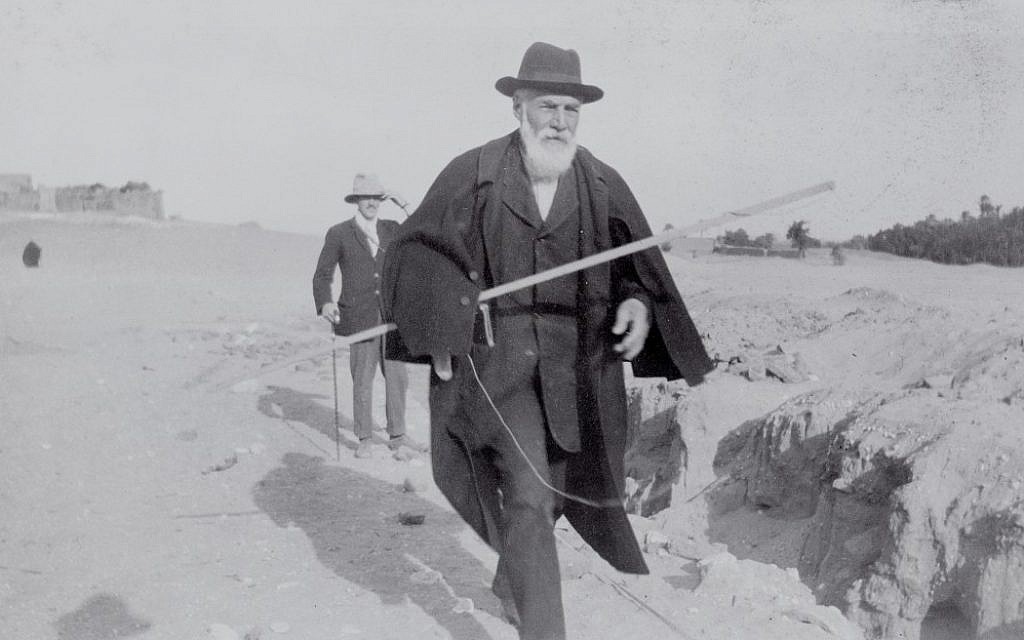