The Fitzwilliam Museum celebrated its 200th birthday in 2016. Over the year, a series of monthly updates were released and this page compiles them together.

The Fitzwilliam Museum was founded through the bequest of Richard, 7th Viscount Fitzwilliam of Merrion, who died on the 4th of February 1816.

After studying at Trinity Hall, Cambridge, he divided his time between London, Paris and Dublin. In the course of his life he collected around 144 paintings, including masterpieces by Titian, Veronese and Palma Vecchio, 300 carefully ordered albums of Old Master prints, and a magnificent library with illuminated manuscripts, musical autographs by Europe’s greatest composers and 10,000 fine printed books.

The entire collection, along with £100,000 for ‘a good substantial Museum’, was left to the University of Cambridge in his will.

Object of the month

Rounding up the Object of the Month series is an in-depth look at the Founder's Library. Built along with the first part of the Museum, the Library was primarily intended to store the huge amount of works, both Manuscripts and Printed books that made up part of Viscount Fitzwilliam's original Bequest.

This month’s focus is Lord Fitzwilliams’ extensive collection of print albums on display in 'An Amateur's Passion: Lord Fitzwilliam's print collection’ (until 29 January). In his lifetime Lord Fitzwilliam amassed around 40,000 loose impressions and devoted significant time and energy arranging them into albums of varying sizes to keep on the shelves of his library.

His collection reflects his broad taste, ranging from etchings by Rembrandt to works by other highly skilled but less fashionable printmakers and offers a fascinating insight into the mind of a late 18th century collector.

Livre des propriétés des choses, a manuscript on show in our COLOUR exhibition (until 2 January), is September’s object of the month. This 15th Century manuscript from Paris, commissioned for Amadeus VIII, Count of Savoy (1383-1451), came to us from Lord Fitzwilliam’s collection. This manuscript is one of the most sumptuous surviving copies of a popular medieval encyclopaedia. Designed to provide both empirical knowledge and moral guidance, the work was widely disseminated throughout Europe.

This spectacular mosque lamp can be found in the Arts of the Near East Gallery (No. 33), and is the finest piece of Middle Eastern glass in the Museum's collection. Copper chains would have been looped through the six protruding 'lugs' in order to hang it from the ceiling of the mosque, whilst a metal oil lamp fitting would have been placed inside. The upper inscription around the neck is a famous passage from the Qur'an known as the 'Verse of Light' (24:35), declaring God to the light of the earth, and comparing the likeness of that light to a lamp in a niche.

The Chesterton Hoard of gold and silver medieval coins was discovered by archaeologists at Chesterton Lane Corner, Cambridge, in October 2000.

The Cambridge Archaeology unit had been excavating the site of a new sewer shaft when they found the remains of a medieval house in which the hoard, of nine gold and 1,805 silver coins, had been buried in the 1350s shortly after the Black Death.

The hoard was acquired by The Fitzwilliam Museum and conserved at The British Museum.

The 10 year research and restoration project of Sebastiano del Piombo's (1485-1547) Adoration of the Shepherds (c.1510) is the focus for June. The restoration was carried out at the Fitzwilliam Museum's Hamilton Kerr Institute, which is celebrating its 40th anniversary this year, enabling the painting to go on show at the Fitzwilliam for the first time in 70 years.

Dionysos of Salamis can be seen in the Cypriot Gallery (No.22). Dr Anastasia Christophilopoulou & Professor Paul A Cartledge talk us through one of the key parts of our display in the Cyprus gallery and its importance to the Fitzwilliam as a whole.

The Book of the Dead of Ramose can be seen in the Death on the Nile exhibition. Egyptian Books of the Dead were provided as part of a person's burial to ensure their safety in the afterlife. The collection of spells, were often written on papyrus, a paper like material made from a plant of the same name. The owner of this papyrus is called Ramose, the supervisor of royal archives. The illustrations are particularly vivid, some covered in gold.

This month we are featuring Blue Twisted Form by contemporary artist Merete Rasmussen. In this video we go through the design and thought process behind the work from conceptual to the finished article. We also talk to Sir Nicholas Goodison who, together with his wife, has gifted dozens on pieces to the museum with the help of the ArtFund, and particuarly what led him to choose such an excellent piece.

In Gallery 3 our object of the month is the portrait of Lord Fitzwilliam made just after his graduation from Cambridge. Look in the table cases by the display to see books collected by Lord Fitzwilliam over the course of his life, from childhood to his final years. No video was produced for this.

Related to this page 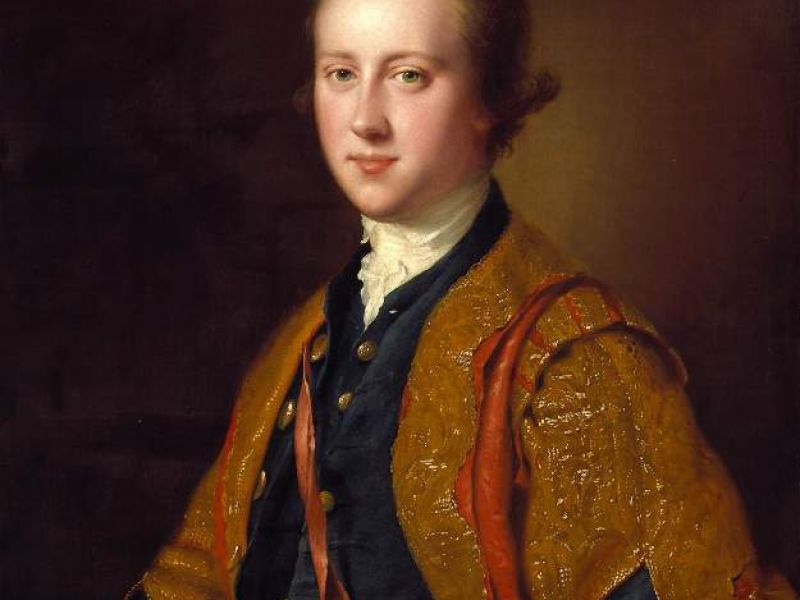 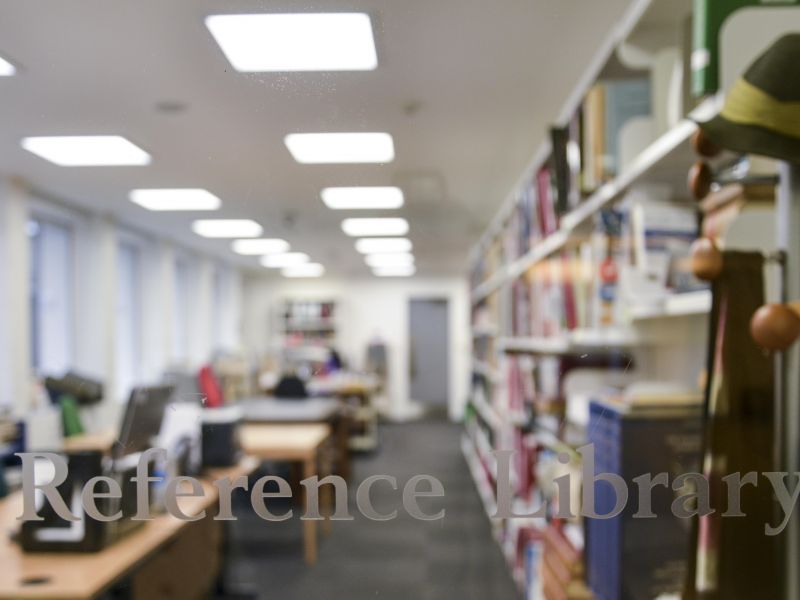 A view of the founder's entrance roof 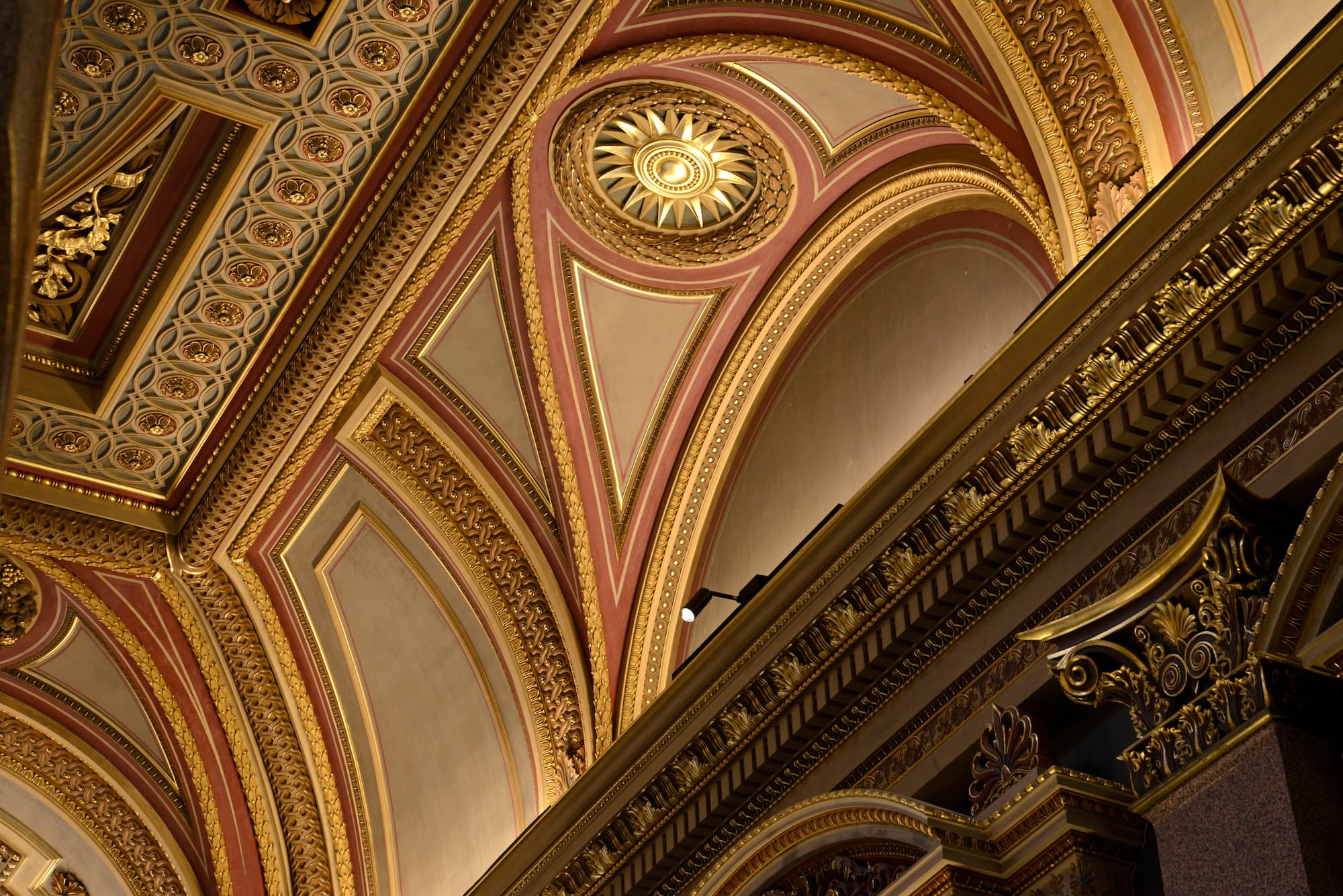